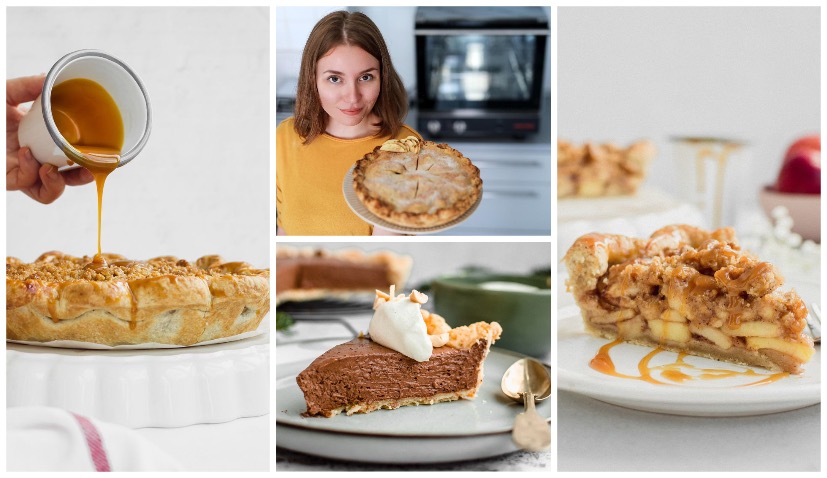 It has been over half a year since Elvira Petak decided to turn her love for baking American pies into a business and open the first shop dedicated to homemade American pies in the Croatian capital.

“In 2020 I made a big career turn. Luckily, I lost a job I didn’t really love and made this big decision to just go with this project,” Elvira told us when she opened Friday Pie Shop in Trešnjevka near Zagreb’s centre. 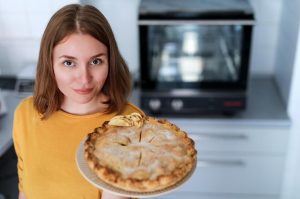 When it opened, Friday Pie Shop offered eight different pies. Each pie with its own name – Jolene (apple pie), Marilyn (fruits of the forrest crumble pie), Virginia (brownie pie), Nancy (chocolate and banana pie) and Dorothy (coconut cream pie). There were also quiche pies – Austin, Billy Bob and Lorraine – on the menu. Elvira, who specialises in making shortcrust pastry, says no pie contains additives, with white sugar only used for sprinkling, and all ingredients are sourced from local family farms.

We caught up with Elvira to find out how business is going today.

It has been over 6 months since you started Friday Pie Shop – how has it gone compared to your expectations?

Six months ago I had a clear vision and it all planned out, but I worked so hard that I don’t think expectations were even there most of the time. Of course, I expected the job to prove sustainable, but now I am pleasantly surprised by what has been achieved. 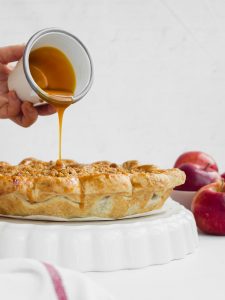 It was in July last summer. I am also grateful that a lot of customers often gave feedback and shared their enthusiasm for the products – pies! I remember, it was the week of Thanksgiving in America and I was especially nervous with all the American clients who are well acquainted with these products and have expectations at the beginning, but even they were thrilled and some even said “I just ate the best pie in my life!” For me, it was amazing, surreal. It was a moment I was really, truly honoured. 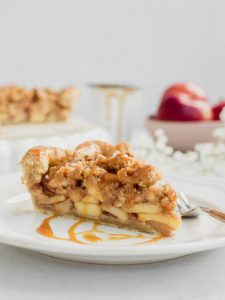 The most common comments are that the pies are big, rich and full of fruit. Which they are! People are often surprised by the rich, home-made flavours, they are thrilled when they come to pick up the pie, and everything smells like cookies and butter. The dough has always received special praise. Crispy, buttery, golden in colour, just the way it should be.

You started by offering eight different pies – which have been the most popular?

I started with eight different pies and I think apple pie is always number one. At least I always recommend it when a new customer asks for a recommendation. Although, there are weeks when only chocolate pies are ordered, I mean, a lot of chocolate pies. Even when I offer fruit, sometimes customers only want chocolate. It’s hard to say. But if I had to single out the most popular pies, they are Jolene – apple pie, Cindy – cherry pie, Virginia – brownie pie, Nancy – banana and chocolate pie, and quiche pies that al

Have you added any others pies?

These are the pies that were supposed to be seasonal/out of stock after the winter, but customers really love them so I decided to keep them a bit longer. Luckily they were also photographed without Christmas decorations!

I also have added mini pies that are sold in smaller and larger packages (6 or 12 mini pies), and soon I am planning some other versions of mini pies – which are not round in shape! 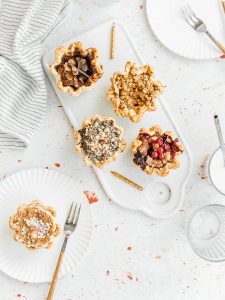 Friday Pie Shop offered delivery and take out only when you started – is that still the case?

Friday Pie Shop still works as take out and delivery only, although now we do a lot more deliveries than in the beginning. I definitely started to work on plans on opening a sit-in dining place. Plans started this spring, but I don’t want to promise anything because such things can be very fast, but also slower. However, I am excited and happy that the business is moving to a new stage.

What other plans to you have?

I will soon be participating on a food market which will be the first public exhibition – more information will be available soon on Friday Pie Shop website and social media.